The press service of Epam reported this news.

Balazs Fejes became Epam technical director in 2004 after joining the Hungarian company Fathom Technology, where he was one of the founders and the CTO. Prior to his appointment as the Senior Vice President, Balazs Fejes was responsible for the organization and control of the company's production operations, ensuring compliance of all company's divisions with industry standards of efficiency and quality. 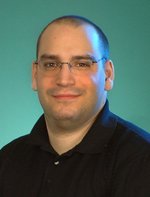 Epam Systems was founded in 1993. The company's revenue in 2011 according to the US GAAP was $334.5M, net profit - $44.35M. Epam Systems had an IPO in February this year on the New York Stock Exchange (NYSE) placing shares at $12 with the initial price range of $16-18. The largest shareholder of Epam is investment fund Russia Partners.