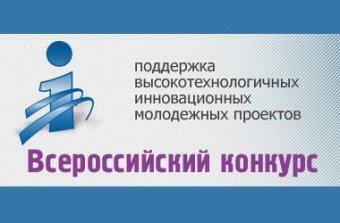 The National Association of innovation and development of information technology (NAIRIT) reports on the progress of projects that have won the last All-Russian competition for the support of high-tech innovative youth projects. This year's competition has identified 30 innovative projects that received grants for the development from 100K RUR to 1.5M RUR.

20 test samples and prototypes were created as a result of conducted work. The developments of seven projects were put into operation. Compared to the competition in 2011, these figures increased by 1.4 and 1.1 times respectively.

The participants claimed for 28 patents and inventions during the realization of their projects, 15 of which have already been received, and 13 are being prepared. Last year’s data was also exceeded by more than 2 times according to these indicators.

The president of NAIRIT Olga Uskova says that it is important to note a qualitative change in the projects in comparison with the previous contest of NAIRIT. The projects were prepared more carefully. Economic and financial components were well worked through as well as all business plans. That is why the winners became interesting to the investment community.

The total cost of 30 innovative projects that won the All-Russian competition for the support of high-tech innovative youth projects NAIRIT, could be $0.5B in two years. Major contribution to the stated amount will be made by projects in biotechnology and medicine - about $228M. IT-projects are expected to earn $112M, the share of projects in energy efficiency and energy saving is expected to be $75M, and the share of projects relating to other technology areas must be over $85M.

The National Perspectives Foundation will give grants to young innovators