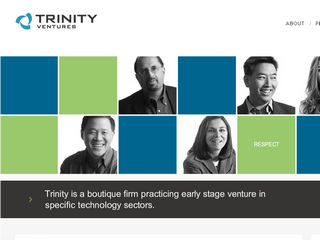 A venture capital company Trinity Ventures establishes its new fund. The company invests in start-ups at early stages in the fields of digital media, e-commerce, services based on SaaS (Software as a Service) and cloud technologies.

The volume of the new fund, the eleventh one, will be $325M. The money will be evenly distributed between the companies focused on the consumer and organizations. At the same time, the initial size of the fund did not exceed $300M (as the previous one), but the increased interest of partners allowed to increase it by additional $25M, the general partner of venture capital firm Fred Wong says.

According to him, the company prefers to invest in startups at the seed stage; Trinity Ventures has opened its own co-working platform Dolores Labs in San Francisco to maintain its close relationship with young companies.