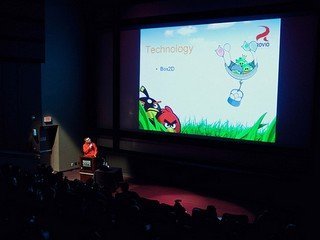 Great popularity of Angry Birds game made many venture capital investors to look at the Finnish market of mobile games in hope to find a new star, Bloomberg reports. Investors drew their attention to several games in the App Store with over a million downloads each.

The increase in the annual growth rate of the mobile gaming industry by 57% made it one of the most promising sectors of the economy. While major mobile companies such as Nokia have great difficulties in the market and have to cut all sorts of costs, small producers of mobile content come forward and attract venture investors. Thus, Rovio Mobile company, the developer of Angry Birds, managed to raise about $42M in 2011.

According to market research, Clash of Clans game for mobile platforms became the most profitable application for iPhone as of the 21th of November, 2012. It is not just about buying a game, it is also about spending money on additional options during the gameplay. Hill Climb Racing has become one of the most downloaded free games. And the most popular paid application is Angry Birds: Star Wars.

It is not easy for game developers to create popular products interesting to the Internet users in modern conditions. A game should be like an independent business model with a few different ways of monetization. And it's not enough to make people buy the game once, you need to keep them real fans of the application.

Annual revenue from mobile applications to exceed $30B in 2012