GTF is intended to develop cooperation with Voomy IT-park 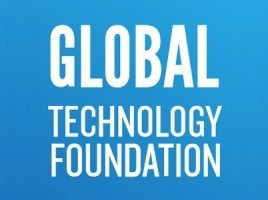 Grant Fund of Startups` support Global Technology Foundation is intended in partnership with Voomy IT-park, a new modern center of business and technologies of Kharkov, is intended to aid development of local IT-companies.

Like GTF, Voomy is focused on projects` support at early stage of its development. Now Voomy team tests a program of preincubation of startups on a Voomy Coworking beta field, which will be zoomed within the limits of IT-park in the future.

Speaking at Voomy Incubator Day, the event that ends the first cycle of technological projects` preincubation, the President of GTF Aleksey Anikin noted that Startups support at early stage of its development creates a fertile soil for appearing in Ukraine more qualitative startups, which are able to raise investment and become successful.

“Our founders - famous venture funds Runa Capital, Almaz Capital, TA Venture – help IT-entrepreneurs to create and develop technology companies. Herewith investors understand that if starting business is not supported initially, then it would be impossible to establish successful functional companies”, - said the President of GTF.

Besides, in Kharkov Aleksey Anikin met with students of Computer Academy “Step” branch and told them about rules of filling of applications on grant receiving and GTF aims.

“Our aim is to create a number of bright stories of success in Ukrainian IT-industry. Kharkov possesses a great potential in the sphere of high technologies – a range of leading national technical Universities is focused here; the city is one of the recognized centers of outsourcing services for global major companies. With assistance of very experienced serial entrepreneurs and professional venture investors, who established and cooperate with GTF, this potential is possible to implement in competitive IT-companies with success”, - believes the President of Global Technology Foundation.

Voomy IT-park will be situated in reconstructed building of 14sq.km, where infrastructure for IT workers, programmers, and entrepreneurs is created. There will be about 50 zones in the park. Working place will occupy at maximum of 60% of IT-park – it will be possible not only to work there, but also study and entertain. Project task is – creation of conditions, which would attract IT-experts, contribute its association for work under projects, create and develop Startups, new businesses and products. It is provided that more than 1 thousand of people will work in the park. The Park opening is planned for spring 2014.

Dell creates a new fund to support IT startups

The “IT Co.” and IIDF will support Startups together