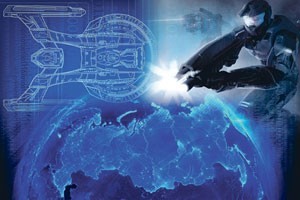 By the end of this year there will start its work the Russian Fund of perspective investigations; its work will be based on the universities` scientific Centers` basis, and results will be useful to leading Institutes of domestic industry, stated vice-prime minister Dmitry Rogozin.

“By the end of this year we will have couple-three new ideas, which will give breakthrough solutions for our military science”, - said Mr.Rogozin. – We will examine unique inventions, including in students` lecture halls, create flexible laboratories”.

Speaking for members of patriotic organizations, coming from numerous regions of the country to meet with the vice-president, Mr.Rogozin stated, that Russia needs to use foreign microelectronics and software carefully, but it is better to develop own technologies.

Law about creation of the Fund of perspective investigations, which should become the analogue of American DARPA, came into force after its sign by the President of RF Putin V.V. in September 16, 2012. According to article 20 of the law, the Fund should have started its work during two months after official law publishing. However as of December 16, 2012, there were no information on the Fund`s work start.

The technological forum will be put on a regular base