Startupers from Kazakhstan will study in the Silicon Valley 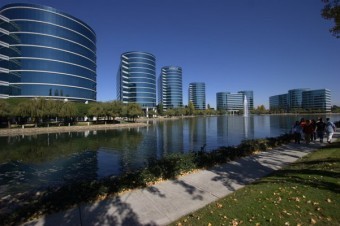 The contest for Startupers KZ START starts; winners of this contest will go to the crash course in the Silicon Valley. Applications are possible to file in October, 1-12 this year at the site www.kzstart.kz.

Development and financing of the project makes “NATD” JSC, organizer is the “Development Fund IKT”. The contest itself will be conducted in two stages. Within the limits of the first stage the registered projects will be estimated by expert jury, which includes foreign mentors and investors. Estimation criteria have been developed in accordance with American practice of the seed investment, and adapted for conditions and innovation ecosystem of the Kazakhstan. Particularly, there will be estimated ideas’ newness, competitiveness and being on demand in domestic and foreign markets, business-model quality. The jury will also estimate experience and completeness of the startup-team itself.

About ten teams will enter the second stage, which will present their projects to the Expert Committee, and there will also be held education in the two-days IT-school. Participants will analyze examples from the practice and will be crush-tested, and also will manage to rework the concept and business plans of their Startups. “It is expected that in the Silicon Valley will go by two representatives from each Startup, and also one potential domestic investor, which is eager to invest in it”, - explained the deputy of management representative of “NATD” JSC Aslanbek Amrin.

Five the most perspective projects will conduct the crush course by the further acceleration in the Silicon Valley. The course program includes lectures on information architecture, business-models and monetization, getting acquainted with other projects, participation in forums and conferences, and also in excursions by the largest media- and Internet companies. Within the limits of the trip are planned also meetings with potential investors, among which are such important for the industry companies, as “ABC”, “Sony”, “Yahoo!”. “Besides, each team will get the opportunity to work with mentors by its project individually”, - noted director general of the “IKT Development Fund” Sanzhar Kettebekov.

The program KZ START is supported also by MINT, the Ministry of Transport and Communication and National Holding “ZERDE”.

Winners of the “WEB READY 2013” have been announced