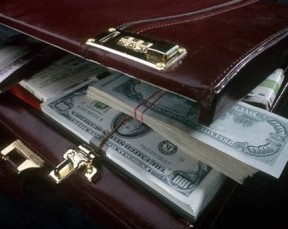 In Novosibirsk in October, 25 has been conducted the meeting of the organizing committee on conducting questions for the Unified XIV Russian and VII Siberian venture fair within the International Forum of technology development “Technoprom-2013”, at which founders of the scaled events have discussed a range of key problems concerning the event, that is: strategic tasks realization within the event limits.

The Fair conduction within the Forum sets several important tasks to organizers:
• Demonstrate the latest innovation developments of high-tech companies;
• Readiness of small innovation companies to cooperate with large enterprises of Russia;
• Demonstrate the potential of Russian companies to foreign investors with the aim to actively interact in the sphere of venture investment;
• Announce about the Novosibirsk region as the largest donor of scientific developments and technologies, which are on demand both on Russian and foreign markets.

It is possible to get acquainted with companies, entering the exhibition of the Unified XIV Russian and VII Siberian venture fair here: http://www.rvf.ru/rus/rvf2013/exposition/.

Organizers have founded the prize fund for winners in various established nominations, which ill be defined according to the results of the Judges Committee work. Each nomination will correspond to the definite money award, but the exact sum is not disclosed.

The venture Fair during several years of its conduction in regions has offered an opportunity to many talented scientists, inventors and developers to open its potential, which further lead to realization of a range of innovation projects. Many companies-exponents have attracted investments and established contacts with investors, which helped Started innovation entrepreneurs to realize their ideas, and tell about their business not only on Russian market, but abroad.

In this connection the synergy of two economically important projects will manage to give a new push to development of international cooperation between Russia and other countries, and contributes to formation of the unified innovation area, the main function of which will become mutually profitable cooperation in the sphere of high technologies.

Venture Fair in Irkutsk for young and creative