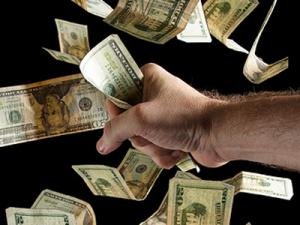 It sounds like the old "In Soviet Russia..." jokes. recently organized a "VC Demo Day" where investors pitch startups instead of the other way around, .

The easiest way to think about this is that it's another sign of the early stage startup funding bubble many investors think is going on. Of course, it's also a smart marketing gimmick for AOL to promote the event, its venture arm and AOL itself.

But it might also be a sign of the "new normal". Many longer term trends, like the increased cheapness of setting up a web startup, and the examples of extremely successful Founder/CEOs like and Andrew Mason, point to a permanent realignment of the power dynamic between entrepreneurs and investors. Y Combinator's Paul Graham recently wrote that founders retaining control of their company after a Series A round is becoming increasingly commonplace, and might become the "default setting" for startup funding rounds within a few years.

So, which is it? We guess only time will tell.

Startup Monthly from the Silicon Valley returns to Moscow in September