The pharmaceutical cluster of Sverdlovsk region gets good investments. 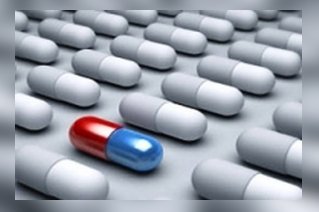 Within the next 3-4 months the pharmaceutical cluster of Sverdlovsk region can get some major investors. Russian Direct Investment Fund for example intends to invest $1B in regional projects within several years. The GM of the Fund Kirill Dmitriev reported about it during the meeting with foreign investment funds. According to Kirill Dmitriev the project that draws attention of investor need to be studied. Earliest investments can be made before the industrial projects exhibition in July where the presentation of all investment projects will be launched.

During the presentation of Ural pharmaceutical cluster the CEO of Juno holding company Alexander Petrov mentioned that it is needed to get 3B 136M rubles to create modern genetic engineering production of insulin. The total investment is about $50M. The expected return of this project is 44.9%. According to the developers the project will be repaid within 5 years. The production will allow 30% meeting the insulin demand of Russian domestic market.

The second project was about the production of viricides based on “Triazaverin”. This project will be implemented at Medsintez plant. It is planned to manufacture 17 M of packs a year. 780 M rubles already invested and the same amount is needed. The payback period will take 6.5 years. The rate of return is 4.5%.

The project about launching 200 dialytic centers for renal insufficiency care was also presented. Required amount of financing is $650M. $320M already requested by Sverdlovsk developers. The payback period is 9 years. The rate of return is 31%. The Coproduction Agreement concerning the building of dialytic filters production plants is already signed by Japanese partners.

The construction of a modern pharmaceutical company in Ryazan region

New $212m chemical and pharma cluster mapped out for Volgograd