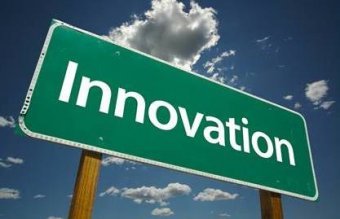 The First Russian Business Angels Week and Innovation Week in the Tyumen Region will bring together more than 500 young inventors, innovators, and students who see their future with the Tyumen business.

A two-day Regional Scientific and Practical Conference of Young Innovators will open the Actual Problems of youth science and Innovation in the Tyumen Region event which will be held in Tyumen Technopark. According to Andrew Vohmintsev, the manager and project coordinator of Business Incubator in Tyumen Technopark, participants will summarize the results of a WISE MAN competition. The closing ceremony of the conference will be attended by Oleg Zaruba, the deputy governor of the Tyumen Region, Zagidulin Igor, curator of the WISE MAN in the Promotion of Small Enterprises in Science and Technology of UV Fund, Victor Rein, deputy chairman of the Tyumen Regional Duma and Alexey Sannikov, the chairman of the Tyumen Region Innovation.

A master class with the participation of Urals Business Angels non-profit partnership on How Project Proponents Conduct Market Research and Analysis on Their Own took place on April, 24.

Oleg Zaruba, the deputy governor of the Tyumen region, will meet with the inventors and innovators of the region at the International Intellectual Property Day on April, 26.

Innovation Week in the Tyumen Region will be closed with the Current Issues and Legal Protection of Intellectual Activity seminar, which will be held on April, 26-27 in Technopark.

All activities are organized by the Innovation Committee of the Tyumen Region and Western-Siberian Innovation Centre with the support of the Small Enterprises Promotion Fund, Urals Business Angels non-commercial partnership and Tyumen’s All-Russia Society of Inventors and Innovators Regional Council.