Andrey Geim, one of the graphene discoverers, knighted in England 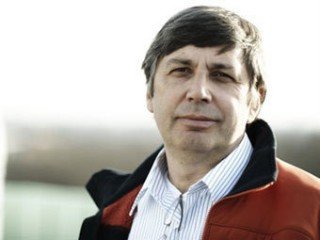 Andrew Geim, a physicist of Russian origin who works in the UK, was knighted for the services to science. Crown Prince Charles held the ceremony of consecration at Buckingham Palace. Andre Geim together with his colleague Konstantin Novoselov discovered in 2004 a new material – graphene, which has the qualities essential for the production of high-tech electronics.

Both scientists are graduates of the Moscow Physical-Technical Institute. I'm trying to encourage my colleagues and graduate students to escape from the routine, - Game said after the ceremony. - We are all too professional. We have to be professionals, but we also need to be a bit spontaneous - this also applies to other aspects of of life.

Graphene is considered to be one of the most promising materials of today. It is a film of carbon one atom thick and thus has a unique strength and very high electrical conductivity. One field of use is the creation of networks with data rates hundreds times faster than in modern fiber-optic networks. But, as experts believe, the graphene is still very much promising.

Scientists received a large grant for creating condoms from graphene

Electric features of graphene can be improved by oxygenation

A laboratory for graphene technology study in Yakutia