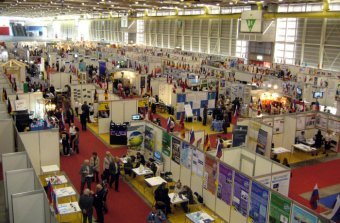 The project of a vortex bioreactor, developed by Academpark residents, won two gold medals at the International Exhibition of Inventions in Geneva. The Inventions Geneva exhibition is one of the largest and most imposing of innovative salons in Europe, according to the press service of the region.

The new generation vortex bioreactor is developed by Koltsovo Technology Center of Vortex Technologies. The device allows growing a variety of biological objects, from algae to stem cells. According to the developers, the spectrum of vortex reactors usage is very broad: they are used in microbiology, food and chemical industries and in other industries.

At the International Exhibition of Inventions in Geneva, the development from the Novosibirsk Region received two gold medals.

An entirely new principle of particles mixing is the basis of the presented project. The project is much more convenient and cheaper than the previous one, and it was demonstrated to the experts in Geneva.

Today, the Company specialists install their equipment in Tatarstan in the same enterprise for the production of molasses from the grain.

The victory in Switzerland is not the first success of the company; the Vortex Technology Center made successful presentations at the Peace biotechnology Innovation Forum in Moscow in March, where it also received a gold medal and an invitation to become an exhibitor of the Geneva Salon.

The vortex bioreactor project was supported by the Novosibirsk Regional Innovation Fund and the Fund for promotion of small enterprises in scientific-technical sphere.

The company expects participation in the VI Siberian Venture Fair a month later.

Innovative Russia-2012 to take place in the Expocenter