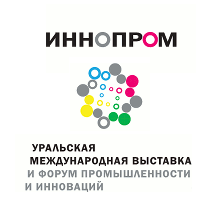 The III Ural International Exhibition and Forum of Industry and Innovation INNOPROM-2012 have been launched today, June 12 in Yekaterinburg. The total amount of investment which will be attracted to the economy of Sverdlovsk region, according to preliminary estimates, will amount up to 183 B RUR. It became known that Russian Prime Minister Dmitry Medvedev will visit the exhibition today.

The Governor of the region Eugene Kuyvashev headed the federal committee of the international exhibition and forum. 39 agreements and contracts are planned to be signed at the forum.

Governor Yevgeny Kuyvashev will sign nine agreements with major companies on behalf of the Government of Sverdlovsk Region. Thus, the head of the region expects a contract on cooperation with Rosneft, TMC, UrFU, Titanium Valley and Mashprom to be signed on July, 12.

It has been already reported about the conclusion of a treaty at the forum: SEZ Titanium Valley, JSC has signed an agreement of intent with SPC Mashprom that provides for the implementation of investment project Organization of workpiece’s crystallizers production for continuous casting machines (CCM) jointly with Japanese firm Mishima Kosan in Titanium Valley.

One of the most important regional agreements will be signed on July, 13 at the press center of the forum. Eugene Kuvayshev and the Vice President of Siemens AG will sign the agreement between the regional government and the company for a wide range of industries such as transport, energy and power, integrated solutions for the industry, information and medical technologies.

INNOPROM will last until July, 15.