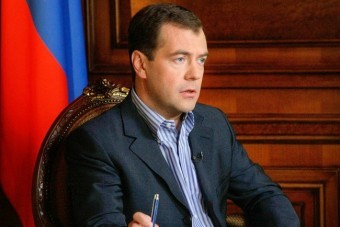 The Chairman of the Government of Russia Dmitry Medvedev has executed an order, in accordance to which the industrial exhibition “Innoprom” has acquired the international status.

According to the press-office of “Innoprom” the document has also fixed a new team of the exhibition organizing committee, among its members are deputy Minister of communication and mass media of Russian Federation Mark Shmulevich and deputy Minister of education and science of the Russian Federation Lyudmila Ogorodnova. The committee also includes representatives of industry and business. The Head of the organizing committee is the Ministry of industry and trade of the Russia Denis Manturov.

“Appointment of the Federal Ministry of industry by the Head of the Committee is the recognition by the Russian Federation Government of a special exhibition status, which initially has been positioned as regional. We continue working for not only Russian but also global business elite considered the “Innoprom” to be effective field for business communication”, - noted Maksim Zverkov, the president of the group of companies, which is an operator of the exhibition since 2010.