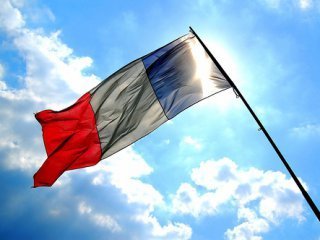 As it became known to RBC daily, Russian Innograd Skolkovo is preparing for another road-show. At this time, domestic startups will see the Old World: 10-15 companies of IT-Cluster will go to Europe for funding, experience and mentors. Domestic experts believe that France is a successful entry point for business scaling, but we should also consider other entry options of the European market.

Alexander Turkot, the director of the Cluster, told RBC daily about the fact that the innovation city IT-cluster will hold another road-show. According to him, the team decides on when to organize the next startups ‘trip’. According to a preliminary version it should be this fall, although the terms are flexible - Mr. Turkot explains. Deputy Director of Education and Research of Information Technology Cluster Catherine Gaika adds that, most likely, the road-show of domestic startups will be held in France within Le Web conference. We plan to take about 10-15 startups with us, no more. During the trip, the companies will be introduced to European investors and will hold introductory meetings and seminars with technology companies and specialized startup accelerators and incubators.

Vitaly Akimov, the CEO of Startup Point company believes that the previous trip to the USA Silicon Valley was more valuable, and doubts that this road-show trip will not be very important for startups. Previously, companies traveled to the United States under the leadership of Skolkovo. This market, as the concentration of expertise, money, and positive innovative experience was of interest, but in Europe the market of IT-and Web-solutions is growing more slowly than in Russia. Now there is an opinion in America and Europe that it makes sense to look for money in our country to develop startups, because you should come here to raise money of private investors and set up your highly intelligent business – the expert expressed his opinion.

Konstantin Fokin, the President of the Business Angels Association, in contrast, believes that the European market is now very attractive and experiences a new round of development.

Farminers incubator’s Startups to be shown in the U.S.

CIS Partnership for Innovation road-show to take place in Kiev