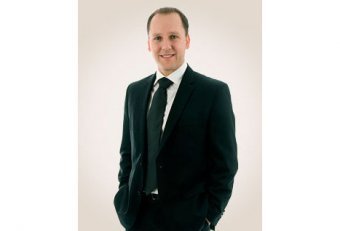 Jere Calmes has been appointed the new managing director of Fast Lane Ventures Russian Venture Company. He is engaged in the development, launching and promotion of innovative Internet businesses, he is also the former president and CEO of Pharmacy Chain 36.6. Information about this news recently appeared in the media, and today the company confirmed the appointment to RIA Novosti.

According to the CEO of Fast Lane Ventures Treshcheva Marina, the company is bouncing along, 19 projects has been already launched creating a team of 700 people. At the same time it is natural, the CEO says, that in such a rapid growth we needed an expert like Jere Calmes who is a manager with over fifteen years of experience in business process management. Marina Treshcheva added that Jere Calmes will monitor the operational activities of portfolio companies, contribute to the achievement of the planned progress and business objectives.

Calmes began his career in 1992 in American company FGI Wireless (one of the founders of the VimpelCom, JSC), from 1995 to 2001 he held various operational and marketing positions in a division of Motorola. From 2001 to 2006 he worked as the executive vice president and general director of the VimpelCom, JSC in Moscow region. In early 2006, he left the post and accepted the offer to head the Italian mobile operator Wind Telecommunicazioni SpA


Fast Lane Ventures was founded in April, 2010 by a team of successful entrepreneurs with extensive experience in investing in startups of various fields. During this time the company has created 19 innovative Internet businesses, working in various areas of the market: online commerce, tourism, recruitment, renting and buying real estate, health, online advertising, etc. At the end of 2011 the Fast Lane Ventures company has been recognized by Forbes magazine as № 2 Russian investor.