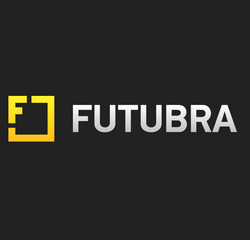 The experience that Mail.Ru Group gained during the development of micro-blogging service Futubra, will help the company to launch new startups, Dmitry Grishin, the CEO of Mail.Ru told RIA Novosti at St. Petersburg International Economic Forum.

The main principle that I got developing the Futubra project was the creation of a new approach to startups development. And it turned out well. We're going to increase the number of home startups, which we will tell you about soon - said Grishin, refusing to specify the further plans of Mail.Ru Group.

As the head of one of the largest Russian Internet companies noted, it would be very important to establish some kind of home incubator and start creating a culture of new startups. In this respect Futubra was a very informative and interesting project for us, we learned a lot - he said.

Grishin appreciates Futubra’s success in terms of its quality. At the same time, according to him, the project is still only looking for its niche among the audience and it is too early to talk about its successes.

Futubra service was launched in January 2012. Futubra include microblogging standard functional. Users can subscribe to posts of other users, add pictures and video posts. In addition, Futubra allows creating posts in events and like the posts of other users.

Russian Internet Company Mail.Ru Group owns 39.99% of VKontakte social network, 21.35% of Qiwi payment service, as well as minority stakes in a number of international Internet companies, including Facebook, Zynga, Groupon, and others. According to Mail.Ru Group’s financial report for the first quarter of 2012, the company's revenue under IFRS for the reporting period grew by 45% over the same period in 2011 and amounted to $160.3 M

Yuri Milner resigned from the Mail.Ru Group board of directors

The head of Mail.Ru Group rewards its employees for received patents