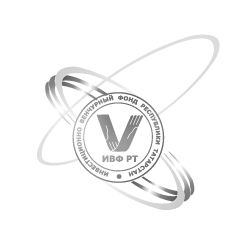 Increasing the number of venture capital projects in collaboration with venture capital funds should be one of the main tasks of the Investment and Venture Fund of the Republic of Tatarstan management. The press service of President of Tatarstan reports on this news with reference to the statement of the Prime Minister of the Republic Ildar Khalikov, which he announced today at a meeting of the Board of Trustees, held at the House of RT Government.

Commenting on the report of the Director of IVF RT Ainur Aydeldinov about fund’s activities, Ildar Khalikov noted not very high return on assets. At the same time, the Prime Minister of Tatarstan said about the positive dynamics of this indicator.

Most fund’s assets are still investment rather than venture capital, - stated Ildar Khalikov. - But the fund has almost no failed projects.

The main wish is increasing the share of venture capital projects in collaboration with venture capital funds - the head of the Government of the Republic of Tatarstan said. – The Fund has right partners, but we want them to bring money to the Republic.

One of promising venture projects, IVF RT will take part in, will be an innovative project for the production of cement with low-grade consumption water using non-metallic minerals of the Republic of Tatarstan. Today, the members of the Board of Trustees heard a report of the authors of the project and supported fund’s participation.

During the meeting, members of the Board of Trustees considered a number of other issues concerning the current activities of IVF RT.

Angara to receive a new venture fund and a nanocenter

The results of the VII Kazan Venture Fair