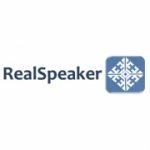 July 12, 2012 Skolkovo grant committee accepted LLC RealSpiker Lab Company’s application for investment to improve its technology. The grant is 4.8 M RUR. (3.8 M RUR of the sum are from the Fund and 1M RUR is from a co-investor). The funds will enable the company to make the team, to prepare an alpha version of the technology and to test its web version.

The contract for funding will be signed in the near future, according to Kazan IT-Park which hosts RealSpeaker.

Today the team of RealSpeaker is testing a new version of its technology that allows automatic recognition of users’ speech of any duration and transforms it into a text. The system divides user’s speech into parts by reading lips movements. According to the developers, the successful implementation of this direction can make a real revolution in the process of interaction between men and computers, because the system can adapt itself to a specific user, based on high-accuracy speech recognition system called RealSpeaker.

We would remind you that the Skolkovo Fund increased the amount of issued grants from 1.5M RUR to 5M RUR from the beginning of this year.

Spoken Communications has raised no less than $4 million

The first company from Komi is among the residents of Skolkovo