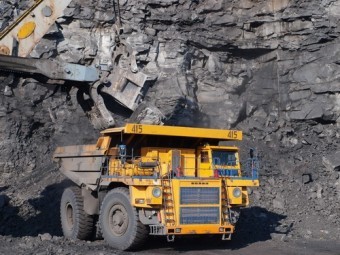 Grant committee of the Skolkovo Fund has taken a decision to give a grant in amount of 20M RUB to the resident of IT cluster of the company VIST Mining Technology, which makes developments on the sphere of intellectual mine creation.

Development director of VIST Mining Technology Dmitry Klebanov said that the Grant funds will be added by financial resources of the Company itself, and directed to the further technology development of Intellectual mine. It includes creation of robotic autonomous tip-trucks, remote-controlled handling machinery, etc. Initially in April, 2013 the Company demonstrated on shooting ground in Minsk its first robotic mine tip-truck “BelAZ”.

According to the plan of further project`s extension, the Company will develop and test software of a system beta-version. Besides, the VIST Mining Technology plans to continue its methods development, and software of service maintenance of autonomous machinery, and also further development of program-mathematical model of excavator and earth boring machine operation with the aim of its automation. Also the Company has in its plans participation in development of autonomous machinery mining safety instructions.

At the moment, according to Dmitry Klebanov, the VIST Mining Technology is getting ready to take part in a large branch exhibition-conference, which will be held in Republic of South Africa, Johannesburg, in August 19-22, where Mr.Klebanov will make a report on intellectual mines. The conference in Republic of South Africa will be devoted to mining industry development in this country and CIS countries, its name is Mining Week at SAP – South Africa.