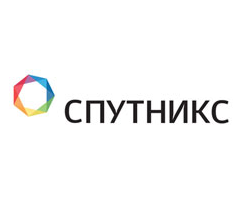 A resident of the Space Technology and Telecommunications Cluster of the Skolkovo Fund SPUTNIKS Company received a grant of 29.5 M RUR for the establishment of an integrated framework for the development, production and use of small space vehicles (SSV). The Director of the Space Cluster Development Dmitri Payson believes that SPUTNIKS represents one of the first signs in the way of real public-private partnership in cosmonautics, the Foundation said.

They plan to create satellites weighing from 10 to 50 kg on the principle of the Lego construction set: devices are mounted on standard panels, get connected to a common network and automatically recognized by on-board computer (Plug & Play principle). The satellite adapts to launching using a standard start-up interface. Thus, the period of preparation and testing of SSV will be reduced from months to weeks, which will reduce the cost of the platform by 20% in comparison with analogues.

SSV can be run both on rockets as a payload and on supply spacecraft Progress. A pioneer of the program of scientific-educational micro-satellites was launched in November 2001 - the Russian-Australian unit Kolibri-2000. A scientific microsatellite Chibis-M, developed by the Space Research Institute of RAS, was launched in January, 2012 with the help of a special container.
The devices are called TabletSat. The smallest satellite of our development has a mass of about 10 kg and looks like a tablet. There are some larger units - up to 50 kg - looks like a packaging of vitamin C familiar to all since childhood, - A. Potapov said.

New SSV TabletSat will be launched in a special container, which contains either 50-kg satellite, or four units 12 kg each. Bunch will be carried into target orbit, and then the satellites will separate from the container in turns, expand solar panels, and then will be able to function independently.

SPUTNIKS as a whole represents one of the first signs in the way of real public-private partnerships in space – the director of Skolkovo space cluster development Dmitri Payson said. - Skolkovo will participate in one of the most promising institutional projects in space activities by supporting it.

Our goal is to provide access to space for a wide range of users, taking advantage of the SSV weighing 10-50 kg. Design and manufacturing of SSV is one of the most promising directions of the development of the entire rocket and space industry today, - Potapov said.

Approaches to make the access to space cheaper has been worked out within the concept of CubeSat to create educational and scientific satellites weighing less than 10 kg, but these devices are not able to solve serious applied problems. The most popular on the market, according to Andrey Potapov, will be SSV of earth remote sensing (ERS).

Skolkovo residents to cooperate on innovations in the space industry