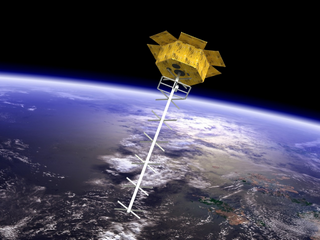 Sputnix Company, a resident of the Skolkovo Fund, has obtained a license for space activities from the Federal Space Agency of Russia, which allows it to create and upgrade small unmanned spacecrafts for scientific and commercial purposes.

An unlimited license #1749K order #97 dated April 18, 2013 has been issued to the company on the basis of the Federal Space Agency decision and confirms that Sputnix Company meets all requirements and conditions.

There is no doubt that obtaining a license for space activities is a necessary and essential condition for companies engaged in satellites or component parts manufacturing. The company was engaged in the development of small satellites at the first stage of its operation, and now, having the license, will be able to produce fully assembled satellites, - the executive director of the Space Technology and Telecommunications Cluster of the Skolkovo Fund Sergey Zhukov says.

The fact that Sputnix has been granted a license for space activities demonstrates that it is competent enough for the development of space systems. It is an important event for our company, as well as for our investor ETC Scanex; it is a significant step forward in the development of the company that will provide a strong base for our future activities, – Andrey Potapov, Sputnix CEO says.

Skolkovo discussed venture business in the sphere of space