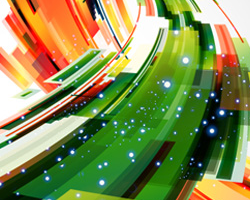 According to the organizers, more than 100 projects from 15 regions of Russia will compete for the residency of IT-Park’s business incubator. To date, 42 applications have been filed. An expert’s session for the announced projects will be held before the selection that should take place on August 17; experts will conduct training, consider presentations and select the best projects. The panel of experts includes independent IT professionals, managers of leading federal level IT companies, representatives of investment funds, etc. The best projects for the business incubator of the IT-Park in Naberezhnye Chelny will be selected on August, 18.

If you have an interesting IT-idea, and you are interested in its realization, you own a small IT-company and you are a developer of IT-products, the Technopark in high-tech IT-Park is ready to support you providing consulting services, as well as to promote the project to the market.

Business Incubator of Kazan IT-park helps to attract grants and investments in residents’ projects. For example, nine residents received grants from Venture Investment Fund of the Republic of Tatarstan and Investment Promotion Agency of the Republic of Tatarstan in 2011 for a total of 12 M RUR. Residents of the business incubator continue to receive residential status of Innovation Centre Skolkovo. For example, RealSpeaker project became the winner of the Regional finals of BIT Tatarstan, received an investment of 4 M RUR from Skolkovo, 8 projects of the business incubator have been trained in Silicon Valley, USA.