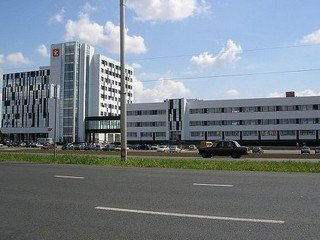 According to the source, the Minister of Information and Communications of the Republic of Tatarstan Roman Shaikhutdinov appealed to the Minister of Communications Nikolay Nikiforov in September to get additional funding to build industrial park in Naberezhnye Chelny. However, the ministry refused citing the fact that all funds for the technoparks had already been distributed.

The President of Tatarstan Rustam Minnikhanov sent an official letter to the Ministry of Communications of the Russian Federation in October, 2012 informing that the Republic found the money to build the technology park.

According to the director of the IT-Park (Naberezhnye Chelny) Ramil Ibragimov, the ceremonial launch of the technopark took place on the 25th of August, 2012. The Technopark is working at its full capacity. It has 55 resident companies, including 23 companies that represent 10 regions of the Russian Federation, - he said.

According to the press service of the Ministry of Communications of the Russian Federation, the program of technoparks development is funded by the federal and regional budgets, as well as by private investors. 7.2B RUR from the federal budget was invested in the infrastructure during the period from 2007 to 2011 as well as 8.5B RUR from the regional budget and 4B RUR from private investors.

The IT-park in Naberezhnye Chelny is the site of Kazan Technopark. The site is 23.3 thousand square meters. It is focused on the developments in engineering. The structure of the industrial park includes an innovation center (80% of which is occupied by the business incubator), a center for advanced developments and a business center.