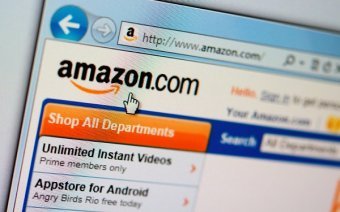 Amazon Game Studios lives up to its name, it is a new team in Amazon, which is focused on creating innovative, fun and quality games, - the developers say.

According to Amazon, first published game of the new unit is a game with moving objects. In this game the user helps a family of foxes to reunite, exploring animated illustrations for popular books, including Alice in Wonderland, The Wizard of Oz and King Arthur. In order to score points you need to click on the moving elements of the illustration accurately and quickly. There are some elements for further monetization of the game - a number of game levels can be unlocked quickly by paying virtual money.

One of Amazon’s competitors is one of the largest companies in this market segment - Zynga, which currently has about half of the 10 most popular Facebook-apps, including The Ville, FarmVille and CityVille. In addition, there are other developers who have already proven themselves in the market of social games - Electronic Arts, King.com, Wooga and others.

A mobile project of Russian developers valued at $4.5M