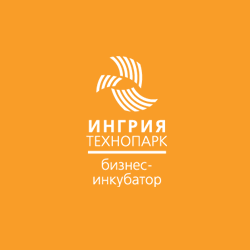 The revenue of Ingria business incubator’s residents was 267.4 M RUR in the first six months of 2012 which is 62% more than last year.

At the same time the average revenue per resident increased. If for the first six months of last year it was 2.46 M RUR, this year it is 3.34 M RUR.

The I quarter leaders in terms of revenue became DOK, Teksiks and eLama. There are 80 resident companies in the Business Incubator at the beginning of July.

We expect that total revenue will be higher up to the next quarter than the total figure for last year when it amounted to 335 M RUR, - Irina Kalashnikova said, the CEO of Ingria Technopark. - High dynamics of growth are due to revenue of resident companies and attracting big clients as customers, including those from foreign markets.

In addition, as for the I half of the year, eight residents of the Business Incubator attracted a total of 34.25 M RUR. 9 companies are in the process of close negotiations with investors to finance their projects, and four residents are preparing their applications to attract grants from the Skolkovo Fund.

There are 4 special departments to help residents in Ingria Business Incubator - customers, investors, mentors and talents.

Amount of investment in residents “Ingria” exceeded 1B RUB