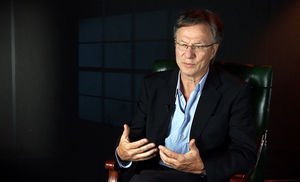 A share conflict of the founders of Almaz Capital Partners venture fund is obviously coming to an end. According to Gazeta.ru, Alexander Galitsky and Peter Lukyanov agreed on an out of court settlement of the case: the brand Almaz moves to Galitsky, and Lukyanov refuses litigation and participation in the work of similar funds. The amount of remuneration paid Lukyanov is not specified.

The conflict of Lukyanov and Galitsky began in 2011, when the last decided to establish another fund - Almaz II without Lukyanov's participation. Recall that Almaz Capital Partners was founded by the partners in 2008 to invest in technology companies. The structure manages the fund Almaz Capital Russia Fund I the volume of which is $75M.

According to Gazeta.ru citing sources close to the situation, the partners have come to a resolution of the conflict: a settlement agreement has been signed, which will be publicly announced in September. According to unconfirmed reports, the agreement applies only to Almaz I fund. American co-founder is primarily interested in his personal financial result in the fund. Thus, he sought to get greater percentage of deals - an informed source says.

One of the main points at issue was the understanding of who is the partner: Russian co-founder insisted that there are not two co-founders of the fund, but three including Charlie Ryan and several people who also participate in sharing the profit such as Pavel Bogdanov, Sergey Belousov, and Jeffrey Bayer etc. Lukyanov, however, thought that the profit was to be shared only between him and Galitsky, - the source said. As a result, Galitsky has defended its position, but Lukyanov got good financial rewards.