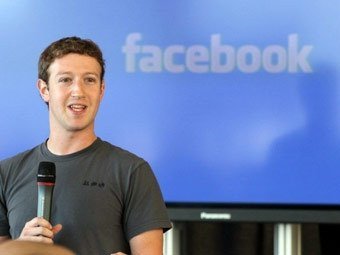 The head of Facebook, Mark Zuckerberg gave his first interview after the last IPO and acknowledged some errors in the strategic development of the company. He also told about future changes to correct these mistakes.

In an interview with the editor of TechCrunch Michael Arrington, Zuckerberg admitted that he was disappointed with the IPO: almost double fall of stocks after placing. He stressed that, in spite of that, Facebook will continue to perform the main task which is strengthening the links between people across the globe.

Speaking about the company's plans, Zuckerberg promised that the social network will gain more on advertising on mobile devices than on desktop PCs. According to him, the future of the company is in the mobile segment, and the succeed in the mobile market in the next five years will be the main factor to assess the performance of Facebook.

The head of the social network denied rumors about the release of the network’s own mobile device, saying that it would be a wrong step for the company, even if it were possible to sell 10M of these devices it would not change the situation, Zuckerberg said. According to the CEO, the transition to the network’s own API will make it possible to create user-friendly applications to interact with the website on all devices and it should increase the number of users.

The Fund of Mark Zuckerberg has invested the first Startup

Winklevoss brothers received $65M from Zuckerberg and invested in SumZero