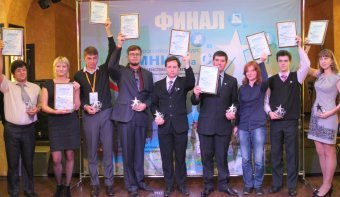 A solemn closing of the III All-Russian contest UMNIK to START took place on September, 15 in Ryazan. The expert councils, which included representatives from science and business, heard more than two hundred projects for one week related to various spheres of human activity.

Contestants from 40 regions of the Russian Federation demonstrated innovative research components of their innovative projects, told the jury about the prospects for their commercialization, gave weighty arguments to support their business plans.

The authors of the best projects - 68 young scientists - will set up small businesses and enter into a 1M RUR contract with the Foundation.

The winners could not hold back their emotions: Government support is particularly important at early stages, it is a guarantee that the implementation of the business plan and bold scientific ideas will not die on the vine! Thank you for this opportunity, it is really possible to do research in Russia and get not only fun from it, but also a tangible financial rewards - Vladimir Zelenov from Saratov shared his opinion. He presented a project for the development of printed products with topographical features.

Only 68 of the 220 participants became the winners, the rest does not worry: I am satisfied despite the fact that I am not among the best. Initially, the project seemed to be global, but the experts stated some things I should pay my attention to. - said a contestant from Moscow.

A fair of innovative business projects in Ufa

A competition of innovative projects for high school students by Siemens