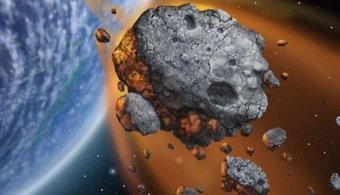 The development of Sentinel project, the first-ever private infrared telescope to search for and track potentially hazardous asteroids, was announced at the end of June 2012, and today it has received additional funding from U.S. venture capital investors. Two managers of venture funds and an employee from Facebook will be among the leaders of the project. The details of the deal were not disclosed.

Sentinel gets its name from the asteroid Little Prince lived on, a character of the same story by Antoine de Saint-Exupery. Non-profit organization B612 Foundation together with Ball Aerospace&Technologies Corp which has already had experience in this area, are being engaged in the development of the project.

The main objective of Sentinel - find small asteroids with a diameter of less than one kilometer. Assist in the development of the project will now be Steve Krausz and Sherwin Pishevari - partners of venture funds US Venture Partners and Menlo Ventures, invests in IT, Internet start-ups and high-tech companies, as well as manager James Letsenski Facebook.

It is assumed that the space observatory will work in the orbit of the Sun for at least five years, during that time Sentinel should detect at least 90% of all asteroids with a diameter of more than 150 meters.

The launch of the telescope is scheduled for 2017-2018. According to the authors of the idea, the realization of the project will require several hundred million dollars.

Moscow venture fund joins in the funding of LikeHack