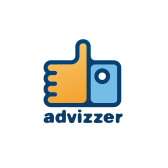 A geo-location service Advizzer attracted investments from Aurora Venture Capital investment fund. The parties do not report about share package received by investors, as well as the amount of the transaction and other details. The project will spend the funds on the development of its technology platform and expansion of items catalog and their descriptions, as well as on the promotion of the project and increasing the number of persons employed.

Victor Shishkarev, a co-founder of the project, announced the fact that Aurora Venture Capital has invested in Advizzer project. We plan to launch an aggressive advertising campaign in the future, and we need more investment for this. However, as the founders of the company, we would retain control over the Advizzer project, - RIA Novosti quote Shishkarev.

According to the managing partner of Aurora Venture Capital investment fund Vsevolod Topolyansky, despite the fact that Advizzer is not the only geo-location service in Russia now, its catalogs are among the most well-structured and easy to use. Besides, we trust the team that works in the project. The founder of Advizzer Victor Shishkarev is a person who has several successful commercial projects,- Topolyansky said. He did not disclose the amount of investment, but said that Aurora Venture Capital Fund is interested in 10-50% packages of the companies the price of which ranges from $1 to $5M.

Advizzer is only one catalog of leisure facilities with detailed description of each, as well as a geo-location mobile application that searches for nearby objects.

Aurora Venture Capital Investment Fund was founded in 2010 by Russian and foreign private investors. The Fund focuses on investments in high-growing Internet resources and technological projects in Russia and CIS.