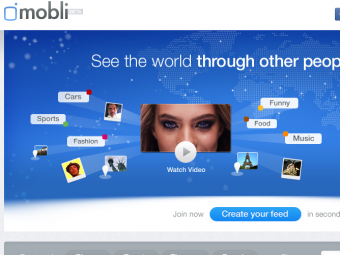 Startup Mobli received $20M from Kazakh businessman Kenes Rakishev. Mobli app allows users to share their photos and videos. Previously, the company had already got investment from a lot of celebrities, including Leonardo DiCaprio and Tobey Maguire.

Israeli startup Mobli developed an application for photos and video sharing. The difference from analogues is thematic channels and special filters that group photos according to themes (people, places, events, etc.). Recently it became known that the company held the second round of funding totaling $22M, $2M of which was received from previous investors. Mobli had previously attracted investment from many celebrities: Leonardo DiCaprio, Tobey Maguire, Serena Williams and Lance Armstrong.

According to the founder of Mobli LTD Moshe Hogeg, investments from such forward-looking investor as Kenes Rakishev, are very important to the company and confirm the correctness of the chosen business model.

Rakishev has already invested in Internet companies: $32M in a mobile publisher Net Element, $5M in a cloud media service TriPlay. Techcrunch was surprised by Mobli to cooperate with Kazakh businessman, as the investors, in addition to funding, provide startup with expertise, network of contacts and the necessary publicity. In this sense, the advantages of investment attracted from celebrities are obvious - they disseminate the information on startup to a wide range of their fans. But the second round showed that the Kazakh businessman invested incomparably more than existing investors.

Mobli has five million registered users, while Instagram has already about 100M people.