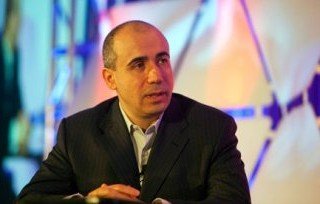 Fundamental Physics Prize, the prize for achievements in the field of fundamental physics was established by Yuri Milner’s charity fund in August 2012. It has recently become known that the number of nominations will increase by another three awards.

Before, the major annual award amounted $3M, as well as three awards for young scientists New Horizon in Physics Prize of $100K. Now, however, three more awards Physics Frontiers Prize of $300K will be added. They will also be given for outstanding achievements in the field of fundamental physics and related disciplines, and its winners will be automatically nominated for the main award of subsequent cycles. Awards, including the first payment of $27M, are financed from Milner’s private funds.

According to the Fund, the registration of applicants for all three prizes has already started and will end on November 20, 2012. To nominate candidates is possible through a special electronic form at the fund website.

The winners of each category will be determined by the special commission. In 2012, it includes nine scientist millionaires: Nima Arkani-Hamed, Alan Guth, Alexei Kitaev, Andrei Linde, Juan Maldacen, Nathan Seyberg, Ashok Sen and Edward Witten. Subsequently, the winners of Milner’s main prize will be invited to the Committee.

The winner in the main nomination will be selected in early 2013, and the first results of the Fund Committee will be announced later this year: the fund undertakes to name up to three winners of New Horizon in Physics and the three winners of Physics Frontiers.

$3M a year is quite the amount to raise for me - Milner says. - I am convinced that the best representatives of basic science should not earn less than, for example, stock traders.

Russian startups to compete for the Runet Awards-2012