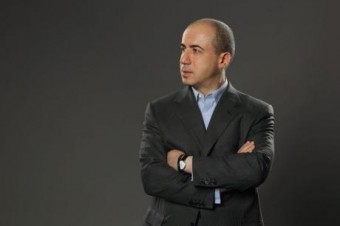 Founder of the two largest in the world awards for scientific achievements in the sphere of physics and natural sciences Russian entrepreneur Yury Milner announced about his intention to establish the third common award for mathematicians.

Mr.Milner, one of the founders of the Mail.ru Group and the Fund DST and the former worker of the P.N. Lebedev Physical Institute of the Russian Academy of Sciences, in 2011 jointly with co-founder of the Google Sergey Brin, chief of Facebook Mark Zuckerberg and Chinese businessman Jack Ma has established the award for achievements in the sphere of natural sciences, which received the name “Breakthrough Prize in Life Sciences”. IN the end of July, 2012 Mr.Milner has also become the founder of the scientific award on physics “Fundamental Physics Prize”. The amount of each of the two awards comprises $3M, which is twice exceeds the amount of the most prestige scientific award of the world – the Nobel award, which comprises about $1,2M.

According to information of the “New York Times”, in the recent Thursday Mr.Milner and Mr.Zuckerberg announced about their intention to establish the analogues mathematician award - Breakthrough Prize in Mathematics – the amount of which will also comprise $3M. The first laureates of the new award will be announced next year. They will be selected by the founders themselves, which will be consulted by experts in the sphere of mathematics.