Afisha launches a platform to integrate Russia into the global venture 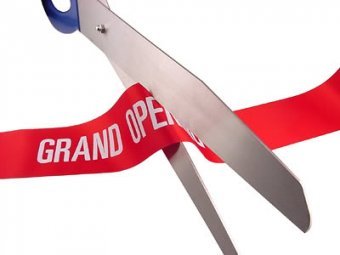 Holding Black Ocean has invested $3M in the development of Startup Afisha, which should become the exchange for transactions between foreign venture capital investors and Russian IT-companies.

The new Startup Afisha will become an open database of Russian venture capital market, a platform for transactions between Russian IT-companies and investors, the service for the promotion of Russian companies and funds on the global market. The English version of Afisha, founded by venture capitalist Alena Popova, called RusBase will give Russian IT-startups the access to the leading Western funds.

The main objective of RusBase, the opening of which is scheduled in November 2012, will be the attraction of foreign investments to the Russian venture market. This is the first project which aims to work not only with Russian, but also with international audience. RusBase will become a universal interface to access Russian venture market for Western investors.

RusBase will be launched on the basis of Startup Afisha. The first investor that invested in the new project is International Technology Holding Black Ocean, which invests about $3M in the project under the co-investment with several Western venture funds.

The central part of the project is a wiki-encyclopedia of Russian startups’ market with the information about the volume of transactions and the main players. Among the short-term plans is the attraction of key venture capitalists from America, Europe (including Germany) and Korea. The list already has 14 European funds. During 2013, RusBase aims to broaden the base of investment projects in alternative energy, medicine, biotechnology and other high-tech industries.

We plan to bring 200 to the base until the end of the first quarter of 2013 – the CEO of Black Ocean Russia Roman Gorovoy says. - We consider this figure as comfortable for major Western investors who have already confirmed their willingness to participate in the project. Black Ocean invests in projects at early stage and has 14 companies in its portfolio, including Adgenesis, LMK, Shopflick, Streamworks etc.

It is very important for us to work with the major resources that will accumulate all relevant information about the market’s players, - the CEO of FLV Marina Treschova says. - This partnership will help to make the dialogue between the representatives of the Russian venture capital market and foreign investors more productive and substantive.

Startup Afisha announces the launch of a provider program