Virgin and Rusnano to set up a joint investment fund 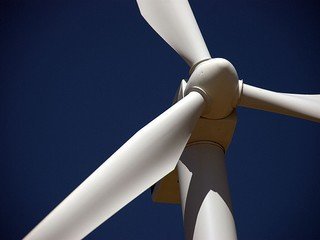 Rusnano announces the creation of a new investment fund to support companies working in energy optimization and renewable energy. The volume of commitments to finance the Fund is $200M. Its offices will be located in London and Moscow. The co-founder of the fund is the company, founded by Richard Branson.

The name of the new fund is VGF Emerging Market Growth I. L. P. It has been established by a subsidiary of Rusnano - Rusnano Capital company (registered in Switzerland in 2010 and engaged in attracting global investors to finance most promising innovative projects in Russia), by venture capital firm Virgin Group which founds successful businesses in various fields, and by Virgin Green Fund that invests in renewable energy.

The main task of the newly formed foundation is to invest in successful companies with average market capitalization and working in efficient use of resources, energy optimization and renewable energy in Russia, Turkey and the countries of Central and Eastern Europe. The Fund will finance strong teams that run profitable enterprises in targeted sectors of these countries.

According to Rusnano, the activities of the fund established by Shai Weiss, Evan Lovell, Brooks Preston and Tamas Szalai will be implemented with the active participation of Rusnano Capital. Weiss and Lovell are the founders and partners of Virgin Green Fund. Preston previously worked at Wolfensohn & Company, specializing in investments in clean energy in emerging markets. Szalai was a partner of Bancroft Private Equity investment company.

Preston and Szalai will head the investment team of the fund. Andrew Reicher became the non-executive chairman of the investment committee of the fund, who was the former head of the direct investment at Credit Suisse in Central and Eastern Europe and led the investments in Actis. The members of the team have experience in investing more than $2B in emerging markets in over 50 transactions.

Renewable energy and energy efficiency technologies make it possible to solve the global challenges of energy depletion and environmental pollution. Their development is impossible without the use of nanotechnologies. I'm sure that the Fund will give Russian companies a great chance to enter global markets, - the Chairman of the Board of Rusnano Anatoly Chubais said.