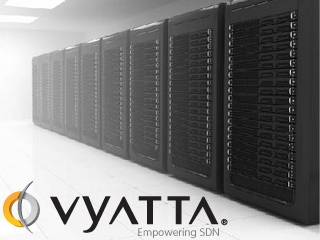 Investment fund Almaz Capital completed its third successful withdrawal from its portfolio company, selling its stake in Vyatta to American Brocade, engaged in software development for Software Defined Networks. The exact amount of the transaction is not known, but it is known that the fund increased the funds invested in Vyatta in 3 or 5 times.

However, the exact amount of money invested in Vyatta is also unknown, but most likely it is a bit less than $10M which is the traditional amount for Almaz Capital. The Fund entered Vyatta with California venture fund HighBAR Partners in November 2011, the total value of the transaction was $12M.

Previously, Almaz Capital withdrew from its portfolio companies: from Yandex during its IPO, Qik Company, selling it to Skype.

Vyatta was founded in 2005 in California. Its main specialization is the creation of software for SDN (Software Defined Networks). In 2012, Vyatta expanded its team attracting Russian developers, which allowed the fund, focused on investments in companies that have relations with Russia, to make joint investment in the company.

The technology of SDN or Software Defined Networks, Vyatta is focused on, allows you to implement networks virtualization, to manage and optimize them without the use of special equipment.

Brocade –is an American developer of software for data centers and data storage systems. According to the vice-president and general manager of Brocade’s IP department Ken Cheng, the transaction with Vyatta is just one of the steps to build SDN-portfolio of the company.