A design company of RVC tested its drug against atherosclerosis 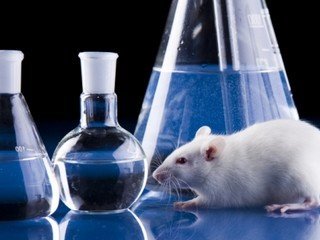 CardioNova company has successfully completed pre-clinical studies of the effectiveness and safety of its leading drug AHRO-001. The studies in mice shown excellent results - the effect of the drug will make it possible to move to the next stage of testing.

CardioNova was funded by venture capital fund Maxwell Biotech established with the capital of JSC RVC. The company is a resident of Skolkovo Biomedical Cluster; the work on the AHRO-001, which is for the treatment of dyslipidemia and prevention of atherosclerosis, is conducted in partnership with American international company AtheroNova.

Therapeutic equivalence of drugs to normalize the level of blood cholesterol was demonstrated during the study of AHRO-001's effectiveness in rats dyslipidemia treatment, compared to atorvastatin, which is the gold standard. The studies on the pharmacokinetics and safety confirmed that the AHRO-001 is not toxic.

The results of the pre-clinical studies were partially published in leading scientific journals and became a part of the registration dossier, which was filed by CardioNova to the Russian Ministry of Health for the permission to conduct the clinical research. The company plans to begin the first stage of clinical trials on human volunteers to evaluate the safety and pharmacokinetics of the drug in early 2013.

NeuroMax steps up testing of its drug for diabetes complications