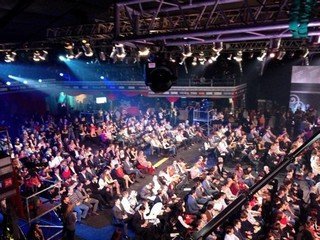 A solemn ceremony Runet Awards-2012 took place on November 21, 2012 in Moscow. This year 651 applications were submitted for the award in expert vote (109 participants reached the finals) and 435 – in popular vote. The advisory council formed the short-lists for each of main and special categories. Equal winners were determined in each category according to the formed short-lists.

The winners of Runet Awards in Culture, Media and Mass Communications 2.0 of the information society were announced first. The award was given to RIA Novosti (www.ria.ru), the website of Russia 1 TV channel (www.russia.tv) and ivi.ru online cinema.

The winners of the next main category E-government in the information society were four projects: The Land of the Deaf Foundation (www.deafworld.ru), Dnevnik.ru (www.dnevnik.ru), Rostelecom company for its project Web-Election2012 (www.webvybory2012.ru), as well as ANO Modernization (i-Russia.ru project).

Four projects were recognized as the best in the category of Health, Recreation and Tourism. The Award in this category was given to YouDo.com project, ZABAVA.RU project, Fund to support persons with disabilities United country (www.rfpi.ru) and Social Navigator project (www.ria.ru/ratings). Innovations and Technologies prize went to four more projects. They were UsabilityLab and Ru-Center companies, as well as Bitriks24 project (www.bitrix24.ru) and GetTaxi service.

Finally, the last of the major nominations Science and Education was won by three projects: Russian Wikipedia (ru.wikipedia.org), special project of RIA Novosti: 1812: War and Peace (www.ria.ru/1812) and the Digital October Center for its project Knowledge Stream (www.knowledgestream.ru).

The prizes in the special categories of Runet Awards was won by an online media about startups Firrma.ru and Digital October project (www.digitaloctober.ru).

RuNet Award in separate category Contribution to the development of the Runet was received by IT-cluster Skolkovo and Russian Venture Company (RVC).

Russian startups to compete for the Runet Awards-2012