Putin proposes to establish a fund to finance web projects 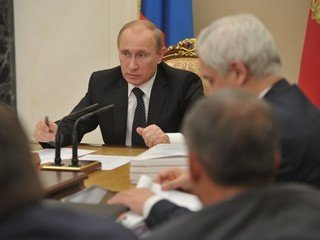 Russian President Vladimir Putin proposed to establish a special fund to select and finance Internet projects that solve socially significant problems on November 22, 2012 at a meeting of the Supervisory Board of the Agency for Strategic Initiatives (ASI).

According to the president, the support should be given first to projects that are based on new technological and management solutions, the result of such initiatives should be a new quality of life for the citizens.

I assume responsibilities to help you with the financing of this fund, we will look for the financial sources for the fund together. In short, we need a financial source to provide jobs to creative class of young people who are willing and able to work in new environment efficiently and skillfully. We will support them, - the head of the state said.

The president said that the size of the fund will be hundreds of millions of rubles, which can be spent on the support of various communities on the internet, digital libraries, sites, civic and charitable initiatives, portals of e-learning and just useful games, Putin said. Such resources gain hundreds of thousands or even millions of users around the world. It is important to create such conditions for people to realize their projects here in Russia.

It is needed, in the opinion of the President, to offer effective tools of the public-private partnership, and the new fund will invest only in those projects that attracted a certain amount of resources from private investors.