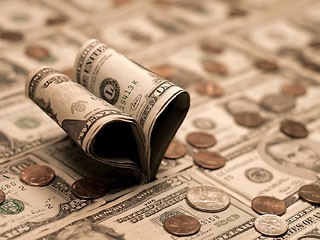 Internet initiatives development Fund starts its work on July,15, said the director of the Fund Kirill Varlamov to “Vadomosti”. The Fund will work for three years and during this period will invest 6B RUB (about $184M) approximately in 400 Russian Startups. Two more years it will sell shares in projects.

One of the main aims of Internet initiatives development Fund is to establish a net of accelerators, which will help in growing perspective projects on early stages of their development – pre-seed (when there is an idea but there is no business plan), and seed (a development of project`s prototype and formation of a team), says Mr.Varlamov. There are not many Funds and investors in Russia, who support projects at these stages, explains he. In one pre-seed project the Fund is ready to invest about $25K, in a seed-projects - $0,25-0,3M, and in companies at more advanced stages – about $3,5M.

The first accelerator will be launched in Autumn in Moscow, says Mr.Varlamov. The Fund will work according the model of a famous American incubator Y Combinator Paul Graham. Startup teams during three months will work on accelerator`s field, and during this period special experts will see after the project – mentors. On the whole Fund plans to establish 6-8 accelerators in those cities, where technical Universities and IT-companies exist. The Fund also plans to create online-field for attraction of investments in Startups: private investors will be able to choose a project and invest in it.

The President Vladimir Putin announced about the Internet-companies supporting Fund establishment in November 2012. He said that the main Fund`s aim is financial and expert assistance to entrepreneurs. Who realize socially significant Internet-projects. But Fund`s money are not public, the funds are transferred by Russian companies, specifies Mr.Varlamov, not naming these companies. Director of Communications of the President Dmitry Peskov said that he does not know whether government companies take part in financing.