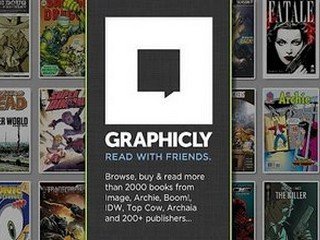 Investment Company with Russian roots TMT Investments has invested $350K in a California startup Graphicly which develops a service to work with text and graphics. The money was provided in the form of a convertible loan. Graphicly makes it possible to reduce the costs of individual authors and publishers when they bring their books and other publications to the market.

The service, developed by the company’s specialists, gives authors and publishers a simple set of online tools that allows you to convert, edit, publish, promote, and track text and graphics on all major digital platforms such as Kindle, iOS, NOOK, Facebook, Web and other.

The company has such known venture capital funds among its investors as 500Startups, Mercury Fund, Tim Draper, Dundee Venture Capital and Lowercase Capital.

Afisha launches a platform to integrate Russia into the global venture