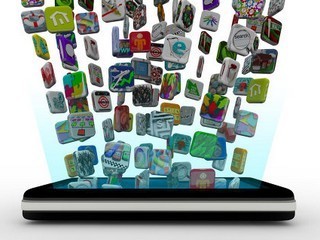 The first stage of the competition took place in February, 2013 in Obninsk. The organizers of the youth competition was MC Sberinvest, MTS OJSC, Agency for Innovative Development of Kaluga Region and the Elevator to the Future project of Sistema JSFC. Participants submitted projects of educational mobile apps. According to the contest results, the winners will receive venture capital funding and the opportunity to test their apps on the MTS network. The contest will run until May 15, 2013.

The contracts with two winners have already been signed, Taran says. The developers, whose applications won the first place, have signed an annual contract, which provides for monthly tranches. The total amount of the contract is 4.8M RUR. The second place winner has signed a 4-month contract for a total of 600K RUR.

The first place went to the Blah-blah-blah app for the study of foreign languages using iOS and Android devices. The developer is Support and Development Center Perspectives, which offered a training course with a built-in dictionary, as well as a social network project based on the app’s users. Any user of Blah-blah-blah will be able to communicate with other users in the target language and at the level he or she managed to achieve.

You can study English and Spanish using the application. The team plans to release apps to study Chinese, German and other languages in case the versions of existing apps are successful.

Second place went to the project Pogremushka of Alexandra Kalinovskaya. She developed a program for children from six months to three years. The gameplay develops attention, logic, and memory.