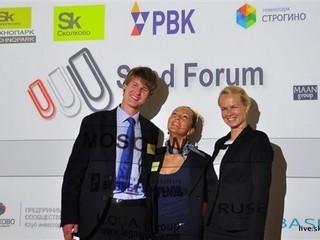 An international investment measure Seed Forum took place on June 13, 2013 in the Hypercube of the Skolkovo Innovation Center.

There were eleven pre-selected and trained high-tech companies that took part in the forum. Three of them were international, two companies from Norway and one from England, as well as eight companies from Skolkovo and Technopark Strogino. The forum was attended by more than 50 investors from Russia and European countries.

The XII International Business Forum of Don in Rostov-on-Don