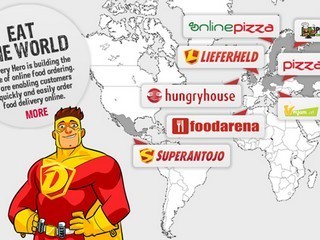 Delivery Hero was founded in October 2010, headquarter is located in Berlin. The company works in Germany, Austria, Australia, Denmark, Finland, Sweden, Switzerland, South Korea, China, India, Mexico, Poland, UK and Russia. In 2012 the amount of business was $400M. In February 2013 company`s network of partners numbered 34 thousands of restaurants. Earns on commission from an order (about 10%).

Delivery Hero increases in size approximately 100% per year, and despite the existing investments in business development, 2013 will end up with company profit, believes Dmitry Falkovich. According to his opinion, online segment of delivery menu has multiple potential for growth both in developed countries and emerging markets.