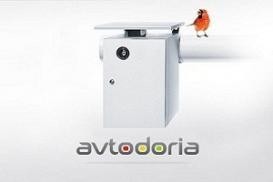 The company “Avtodoria”, which develops and implements innovation systems of detection of violations and processing of data for road traffic safety precautions, launches a pilot project of average speed control in the Republic of Ingushetia. Speed infringement by transport drivers in Ingushetia is the main mode of traffic violation, like in most Russian regions.

In this connection government of Ingushetia expressed interest in zone control of vehicle speed as in a fundamentally new approach to traffic violation control. Testing of transport average speed fixation “Avtodoria” on a part of a road Nazran – Magas will start in July, 1. The system will take under control four traffic lanes for the space of 1600 meters. It allows to control speed on the whole vehicle`s travel line, but not on its particular point, contributing drivers` behavioural patterns “it is better not to violate”.

System integration “Avtodoria” in the Republic Tatarstan showed that during the whole period of a system`s work there were no road traffic fatal accident; it allows to say about the effectiveness of a system “Avtodoria”. According to the experiments` results, there is a decrease of vehicle exhaust gas amount on controlled parts of a road; thus harmful environmental impact is also decreased. The next important step to system`s development is module of forecasting and monitoring of traffic flows with the purpose of information sharing for traffic drivers and engaged services about actual and possible traffic situation in different time of the day and days of the week. Thus the company “Avtodoria” works on creation of the first in Russia intellectual traffic system in order to make road traffic safe and convenient.

Fast Internet from Google in Kansas promotes the development of startups