Developer of fitness-bracelets went to Apple 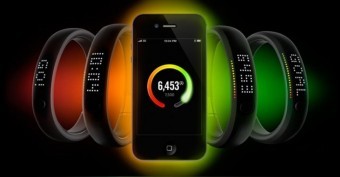 Jay Blahnik, famous by his development in the sphere of in-wear fitness electronics, started working at Apple. Initially Mr.Blahnik cooperated with Nike. In all appearance he will become one of the key figures in the project of “smart” watches iWatch creation.

Under the control of Mr.Blahnik the bracelet FuelBand has been created in Nike; this bracelet is able to trace the amount of calories burnt out, and send this data to iOS-devices. Apple has long ago paid interest to this bracelet: Tim Cook himself at various times appeared in public, wearing it in his arm.

It seems that Apple puts efforts in iWatch development. Initially the Company lured away for the work under the project the Chief of fashion house Yves Saint Laurent Paul Deneve. The Company have already registered brand iWatch in Japan and numerous other countries. Nevertheless it is expected that Samsung will issue its smart watches earlier than Apple.