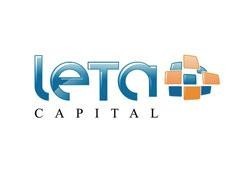 The Ministry of Communications and Mass Media of the Russian Federation informs about registration of the first partner of State Investment Fund “Rosinfocominvest” - the corporate venture Fund LETA Capital. The Funds will jointly finance projects in the sphere of information technologies.

Joint investment activity became possible after redirection of “Rosinfocominvest” at Russian IT-Startups` development together with qualified partners among commercial venture Funds in May, 2013 upon an initiative of the Ministry of Communications and Mass Media of the Russian Federation. Initially the Fund invested finances only in securities of large public ICT-companies. Selection of partners according to new investment policy of the Fund was opened on June 26, 2013.

After filing an application and expertise conduction the Venture Fund LETA Capital became the first among other applicants, receiving a positive expert conclusion, and received a status of a partner of “Rosinfocominvest”.

“Rosinfocominvest” has the first official commercial partner, and few companies are considered now, - this is a good working start, - noted deputy of the Minister of Communications and Mass Media Mark Shmulevich. – By the end of the year we plan to make an intermediate result of the Fund`s activity in conditions of new investment policy, and make adjustments in work of “Rosinfocominvest”, if required”.

It is necessary to remind that venture funds or its managing companies, controlling active assets in amount of not less than 300M RUB can become partners for “Rosinfocominvest”.

There are other requirements to applicants:
- Presence of the office in Russia with workers in amount not less than 3 people, and a Head with significant experience in the sphere of ICT;
- Conducted investments on amount of not less than 180M RUB during a year in not less than 5 ICT-companies, founders of which are more than 20% Russian citizens;
- An opportunity to invest more than 150M RUB in ICT-companies.

The Funds` investment in projects of the Rosinfocominvest`s funds-partners will be conducted due to share capital payment of companies-operators of projects, established according to Russian Federation law in the form of closed stock companies. The summarized size of investments in all offered by one partner projects cannot exceed 90M RUB. The amount of investments in a particular project cannot be less than 10M RUB and more than 30M RUB.

The projects should be repaid during four years, have internal rate of return not less than 100%, net discount cash flow should exceed investments of the Government Fund more than 10 times. Herewith “Rosinfocominvest” will allocate only 50% of the investment sum, the rest should be invested by a partner.
“Rosinfocominvest” can become a co-investor in 40-80 projects. The important condition for a deal is opportunity to buy out a share of the Government Fund, providing revenue position of only 8% per annum. Thus, co-financing receiving in projects from the Government Fund significantly increases internal rate of return of investment for a partner.