American headed innovations in the State University if Nizhny Novgorod 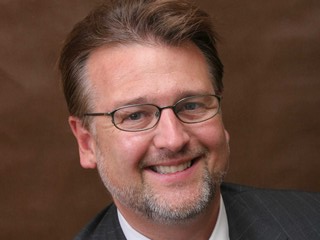 Kendrick D. White, American entrepreneur, who founded and headed in Nizhny Novgorod the “Marchmont Capital Partners”, LLC., has recently been appointed at a powerful and important position of pro-rector on innovation activity at Lobachevsky State University of Nizhny Novgorod.

“For me it is a great honor. There is a very limited amount of countries and cultures, where people are able to create real innovations. Russia is one of them, and Russian scientists are able to work at the highest level, compared to anybody in the world”, - said Mr.White.

According to him, the Lobachevsky State University of Nizhny Novgorod is one of the most progressive national investigation Universities of Russian Federation. It sets oneself a task of the University entering at top global rating during six-seven years.

His main responsibility sphere at a new position is making policy and establishment of a cooperation structure and achievements commercialization perfectness of the University fundamental science. Kendrick underlines, that fundamental science is the column of scientists` activity of the University, “it is prohibited to make harm to it”. Herewith he wants to try to help the University to understand how to make bring new developments into the market, and what markets wait for the Nizhny Novgorod`s product. According to Mr.White, it is significantly important to reveal from scientific thought dividends, which would return into established small innovation enterprises.

“I consider my main task to make connections between Russian scientific-investigation laboratories and scientists from one side, and Russian industrial enterprises, from the other side. I believe that in order to increase their competitiveness, these enterprises need the soonest access to innovations”, - stated Mr. White. Being a member of WTO, Russian will see growth of competitiveness, and the University has a potential to playing one of the first roles in modernization of the country industry.

In the near several months the new pro-rector of the Lobachevsky State University of Nizhny Novgorod is intended to offer specific steps for launch at the University the system process of commercialization of Russian scientific discoveries.

Kendrick White: ?Russia needs to develop ecosystems inside of universities?